What Are You Looking For ?

Before mass leaders seize the power to fit reality to their lies, their propaganda is marked by its extreme contempt for facts as such, for in their opinion fact depends entirely on the power of man who can fabricate it.

How amazing it is that in this ever-changing world, these lines written in 1951 are apt for today’s politics!
Hannah Arendt, wrote these words to make sense of Hitler’s Germany. But we can feel the words resonating in today’s society, in the post-truth era.

The word “Post-truth” was a highly celebrated word of the year 2016 and it’s still catching attention now and then on various platforms since questioning Obama for his birth certificate, vote for Brexit in last summer to Donald Trump’s extraordinary triumph to the White House and recently people having doubt about surgical strike by India.

Trump’s victory shows that a ‘true talent’ for untruth can ensure benefit from lies. And such talented people construct and support their lies and deception through assertions of ‘some’ facts. Now let me tell you why I emphasized the word: some. I did it because that’s what successful politicians are doing! Metaphorically, I would say if politicians were chefs, their favorite recipe would have been something like: “spoonful fact mixed with ten spoons of public opinion ( with added ‘masala’ )”

Yes, that’s what they are doing ..  Shri. Narendra Modi used the fact that Gujarat is ahead of Maharashtra in ‘some’ areas to propagate the thinking that Gujarat is far better than any other state in India. And people believed him. Like other countrymen, Marathi folks also believed him, though technically speaking Maharashtra was/is better than Gujarat in many areas. But even in the 21st century, where we have an excellent reach to information, people believed him because he spoke something which was a public opinion that Gujarat has ‘something’ vibrant about it.

Even now there are many perspectives about the degree of truth in statistics by Indian government about education, health care and the economy, particularly its slavish obsession with GDP.

Well, nowadays in India if you give an example of any politician on any topic ( even non-political ), you’ll end up in political debate. And even these debates are mostly based on ‘opinions’ rather than ‘truth’.

I also believe that there can be ‘multiple truths’ sometimes like glass is half filled – half empty situation. Also, I’m not saying that Trump, Modi have won elections solely because of their  “alternative truths”. These topics are subjected to comprehensive analysis. So, let’s not dig up more into them.

I would like to add few more examples of post-truth.

● One of the top-selling Marathi newspaper owned by a Congress leader once stated that RBI governor Urjit Patel is married to Nita Ambani’s sister and many people were talking the same on social media. However, it was completely “fake news” but many people believed it. And this news has somehow affected a large percentage of people who now see Urjit Patel as “Ambani ka aadmi”. This happened because the whole story was backed by the truth that he used to work for Ambani.

● A famous blogger who is a good friend of mine sent me some text or link I can’t precisely recall but it was something like – Mahatma Gandhi is the person behind the partition of India. Though there are no substantial pieces of evidence available to prove this argument, many people believe it to be true including some of my cousins.

● Donald Trump succeeded to make people in America believe that “foreigners are the threat” and it was supported by a truth that there’s a growing unemployment, however, the true story of immigrants & growth of U.S. is very different if we look at some other facts like immigrants’ contribution to GDP, etc.

Trump isn’t the only politician who uses/misuses rhetoric, untruths, and fake news to influence the large audience. Modi, Putin and other respected leaders around the world have used these “political strategies” to influence people and make them support their propaganda.
It’s not really a new concept for the world or particularly for India. We, Indians seem to be more used to lies in the Indian political scenario but here too the scale of lies seems to be increasing.
What’s important for now is that we need to learn the lessons of Europeans who’ve lived through Nazism, fascism and communism which was more or less born and strengthened with “post-truth” per say with public opinions shaped by rhetoric.

Rhetoric, the art of persuasion, is like alcohol. It can be used responsibly, but too frequently it’s not, and so it has a dodgy reputation, and deservedly so.

Rhetoric is indeed a powerful tool to influence people as we have seen in many cases that good narrator can give ‘truth’ some entirely different dimensions. 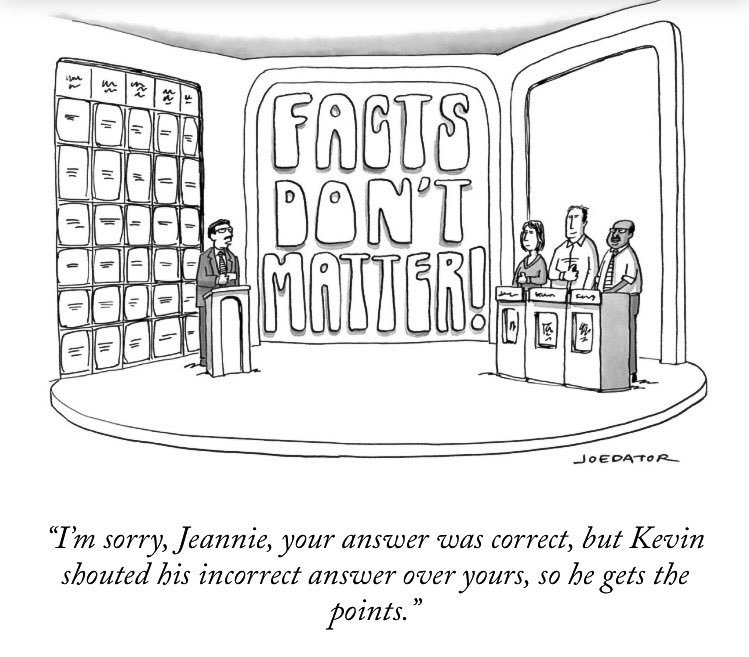 And these lies are not limited to politicians but many companies have used lies in their advertisements, paid news, etc.

So, yes we are living in the post-truth era, fake news is everywhere, but we are also living the era where we can easily connect to abundant information available online. But again, we generally tend to read blogs, read articles, follow people on social media who have “same opinions” like us. Even internet platforms give suggestions based on “your likes”.

I would like to tell you guys that there is a difference between a blog/article/news and fact-checked reporting. So this post is also all about ‘my perspective’ on this issue. This post is a product of my ‘limited’ knowledge on the above-mentioned topics. These are the views formed on the basis of information I came across and some of you might have different views. And that’s how post-truth take place, from emotional and personal beliefs which shape public opinion…

We have always lived in some form of the post-truth era. But now we have to use technology to distinguish between information and misinformation. Censoring news or social media won’t be a practical or sensible method to avoid it. But I think there must be some fact checking systems. Or at least people should start ‘verifying’ the information they get. A campaign similar to “Jago Grahak Jago” might help.

On a serious note, I would say that we should not forward any post without checking facts about it, we get bombarded with lots of such posts which might be ‘half-truth’, ‘manipulated truth’, ‘non-truth’ and all this will eventually add up to the post-truth era. There is an urgent need to foster critical thinking.
Remember guys, lies travel faster and there’s evidence that repetition of false statements and their proliferation through social media actually makes them more believable. So, be careful about what you read and what you share!
I believe that even though lying has proven an effective short-term strategy for success, it will ultimately run up against the truth. The truth will always be out there shining in the darkness of lies.

A simple normal boy , trying to pen down the random thoughts .. View all posts by Mahesh Mali